A step towards independence from fossil resources

Instead of happening as a result of one big discovery, independence from fossil resources will most likely take place gradually. Researchers at the Fraunhofer Institute for Manufacturing Technology and Advanced Materials IFAM in Bremen have succeeded in taking another step in this direction. The scientists are now able to produce a paint primer on the basis of lignin, which, for example, can be obtained from plant residues. It is free of petrochemical raw materials and therefore has a significantly improved CO2 balance.

Fossil resources are limited in supply. Nevertheless, the production of many products depends on these finite – often environmentally harmful – resources. Accordingly, there is great demand for raw materials that not only will be a substitute for petrochemical substances, but also have a better environmental compatibility and CO2 balance. Of particular interest are raw materials that are not in competition with the production of foodstuffs or biofuels and, at the same time, are available in large quantities. One example is lignin, which – next to cellulose – is the most abundant natural product. Among other things, lignin is a by-product of paper production. Also large quantities of lignin are produced as a waste product in the production of bioethanol. For the Fraunhofer scientists, it therefore seemed reasonable to create an alternative to petrochemicals by processing lignin, which is renewable, environmentally friendly and available almost without any limit.

In the development of alternatives to petrochemical substances, lignin has often attracted the attention of scientists. Due to its challenging properties, though, such efforts with the mechanical wood pulp have so far not prevailed. For example, the exact chemical composition of the lignin mass depends on whether it comes from paper production and is mixed with other substances or whether it is a by-product of biofuel. Accordingly, the production of a substance that always has a similar reaction is highly complex. "Most previous approaches were based on producing lignin monomeric starting materials, which always have the same properties. Due to the different composition of the starting material, this is quite complex," explains Yvonne Wilke from the Fraunhofer IFAM. "We took a different approach by standardizing and modifying the whole substance. This gives us a raw material that we can say is always the same within certain limits." The experts from the Fraunhofer IFAM transformed the standardized mixture further and used it as raw material for binders for primer formulations. The result is a primer that has key properties such as corrosion protection, adhesion or applicability comparable to primers based on petrochemicals.

Primers made of plant residues

Especially in times when the call of both manufacturers and end customers for sustainable products is becoming louder, such bio-based solutions are particularly interesting. In the automotive industry, for example, the carbon footprint is an important selling point. Through the use of bio-based primers and paints, this can be significantly improved. And since the lignin-based primer of the Fraunhofer IFAM has comparable properties to those of conventional primers, no compromise would have to be made in terms of quality.

"Independence from fossil fuels is a tremendous goal. Especially considering the amount of products that are still based on fossil fuels," says Wilke. "With our project, we've been able to take a few steps in the right direction and to show that lignin is a real alternative in the manufacture of primers and adhesives, as well as that it brings us closer to independence from petrochemicals." 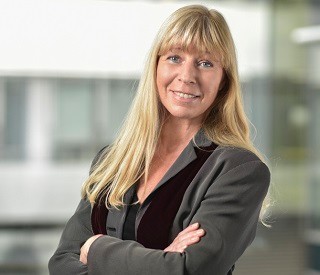