The Fraunhofer Institute for Manufacturing Technology and Advanced Materials IFAM in Dresden has started a new project for the thermal characterization of copper/CNT based wafers for use in thermal interfaces of modular satellites. The project "ThermTEST" is funded for 18 months by the Federal Ministry of Economics and Energy.

For coupling between the individual modules of modular satellites, a large number of interfaces are required, which can be divided into mechanical, electrical, thermal, data and fuel interfaces according to their function. The project is dedicated exclusively to the thermal interface, whereby the thermal contact is implemented by material developments on metal/CNT composites at Fraunhofer IFAM Dresden.

Within the project "ThermTEST" the researchers focus on the thermal characterization of these interfaces in currently final geometric dimensions and environmental conditions.

Specifically, a corresponding test stand with a heating/cooling capacity of 20 kW is being developed and set up. Several pairs of disks (demonstrators) made of Cu/CNT composite material are to be investigated with regard to their thermal contact resistance. This is done under conditions close to the application, i.e. under vacuum with temperatures of the contact surface between 30 and 90 °C at heat flux densities of up to 700 kW/m2.

Fraunhofer IFAM Dresden develops tailor-made materials based on powder metallurgical processes, among other things for thermotechnical applications. With its thermotechnical laboratory, it has excellent basic measuring equipment for generating defined heat flows, temperature and flow conditions and for recording all relevant measured variables. Thus, material, transport and transition coefficients as well as pressure loss coefficients can be measured and prototype components and functional models can be validated experimentally. 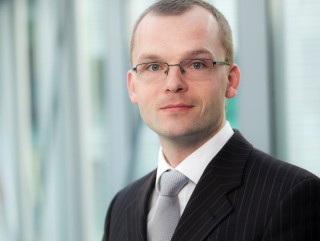