Technologies for production, transport and storage

To support the German hydrogen strategy, the German Federal Ministry of Education and Research (BMBF) funded national flagship projects in 2021. They address three central aspects: economic manufacture of generation plants, hydrogen production at sea, and hydrogen transport and storage. Fraunhofer IFAM is contributing to the development of the German hydrogen economy in the lead projects “H2Giga” and “TransHyDE”.

Green hydrogen production from offshore wind energy is set to play a key role in achieving climate protection targets and securing the national energy supply. Especially in industry, mobility and the energy system, the use of hydrogen is required for decarbonization and a regional energy supply. The requirements for reliability and economic efficiency in generation, transport and storage for the hydrogen economy are high. The high and generally stable yields from offshore wind energy mean that its use in the production of hydrogen by electrolysis and the transport and storage of that hydrogen are important pillars of the energy strategy.

In order for hydrogen to be produced economically, generation plants, called electrolyzers, must be produced in large numbers at low cost. The efficient manufacturing route aims to enable scalable production, processsteps that conserve raw materials, and highly active and long-term stable electrodes. For Two production routes are being used for this purpose: electrodeposition and powder metallurgy. In the first step, the focus is on electrode development (production and characterization) and in the second step on scaling for large electrodes of large electrolyzers, e. g. for possible offshore electrolysis.

For hydrogen production with offshore wind energy, different concepts come into question depending on the location of the plants. Hydrogen can be produced by offshore electrolysis or by means of an electrical park connection near consumers on land. Hydrogen produced offshore or downstream products (such as LOHCs — so-called liquid organic hydrogen carriers) are then transported onshore by pipeline or ship. Fraunhofer IFAM is developing technologies for setting up a hydrogen transport chain from the offshore area to the onshore consumers on the mainland. In many cases, these developments, such as barrier layers or sealing materials for tanks or pipelines, can also be used for the storage and transport of hydrogen.

Hydrogen technologies for use in maritime environments

As an emission-free alternative to crude oil and natural gas, green hydrogen is becoming a key factor in the success of the energy transition and for securing the national energy supply.

A large proportion of the hydrogen produced nationally is obtained from offshore wind energy. Fraunhofer IFAM recognized this need at an early stage and, together with leading international companies, launched the “Aqua-Ventus” initiative.

Located in Helgoland in the German Bight, “AquaVentus” has the ideal real laboratory to support the sustainable and fast implementation of the German and European hydrogen strategy. The ambitious goal is to generate 10 gigawatts of generation capacity for green hydrogen from offshore wind energy by 2035, as well as to transport the resulting hydrogen on land.

Within the “AquaVentus” initiative, Fraunhofer IFAM is particularly involved in research and development through the sub-project “Aqua- Campus” with the establishment of a test field for maritime technologies for the hydrogen economy. 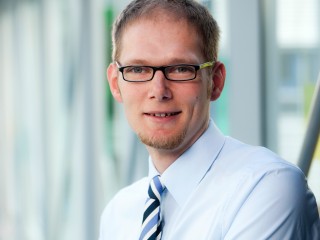